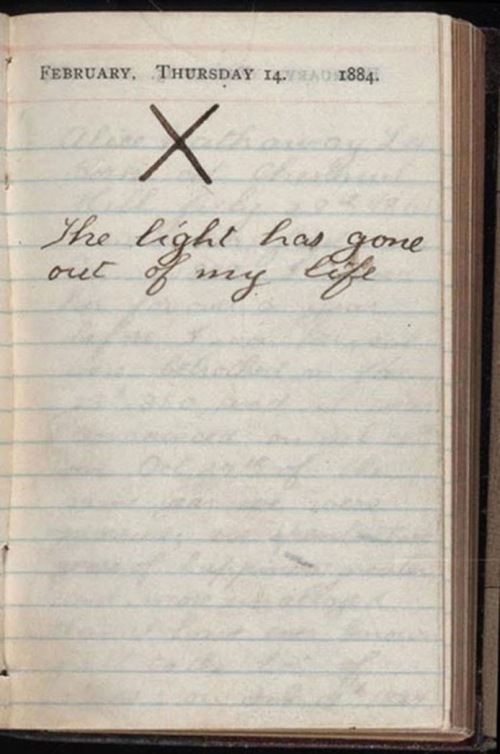 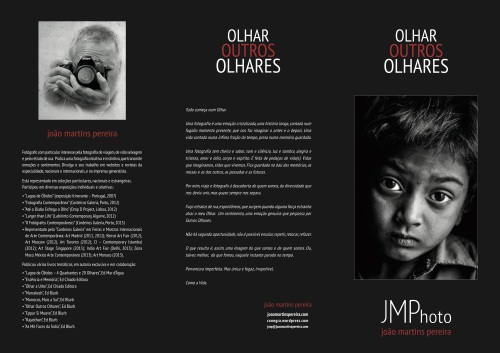 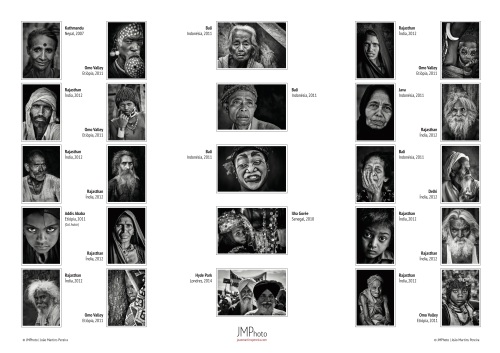 “Photograph the world as it is. Nothing’s more interesting than reality.” 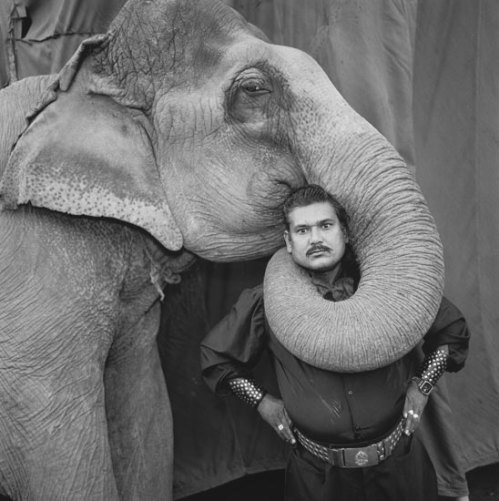 “This was taken in India, at a circus in Ahmedabad. I think it was called the Great Golden Circus. I’m a street photographer, but I’m interested in any ironic, whimsical images, and there’s something very romantic about a circus. I was doing a book; I spent six months travelling, saw 18 different circuses, and it was just a wonderful time. Believe me, there couldn’t be a more strange place for a circus than India.

I made an appointment to photograph Ram Prakash Singh and the elephant he trained, called Shyama. Singh had a very big ego – he was also the ringmaster, the No 1 guy – which explains the expression on his face. He actually thought the picture was all about him. I always leave it up to my subject to see what they come up with, and he wrapped the elephant’s trunk around his neck. I thought it was great and shot a couple of rolls. But when I looked at the pictures afterwards, I noticed that in one shot Shyama had slid his eyes to the side, so he had a bit of an evil look on his face. That was definitely the one to use.

The picture has a very anthropo-morphic quality. That’s why I like this so much: I think Shyama’s communicating with me in a way. He had to stay in that position for a while. He’d had enough of the shoot. A year later, we learned that Shyama had died after eating a poisoned chapati.” 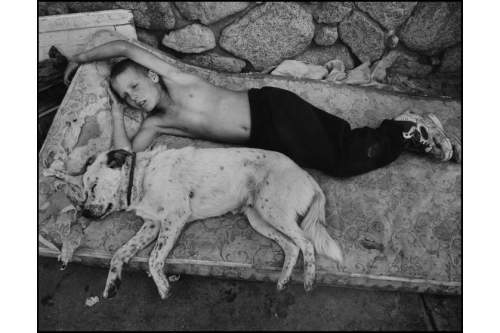 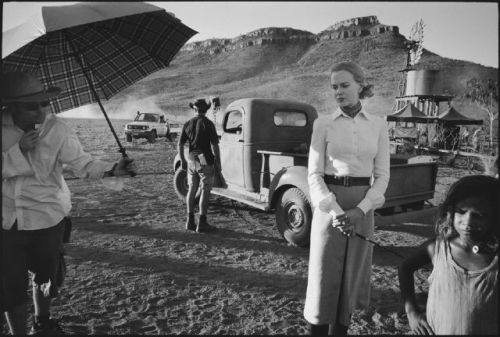 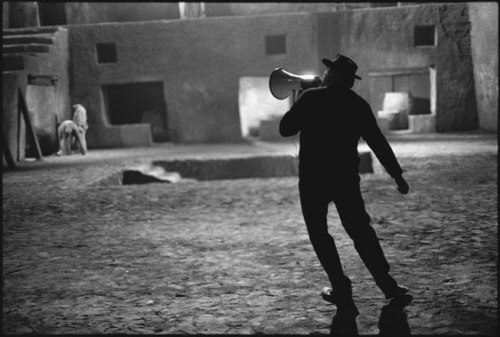 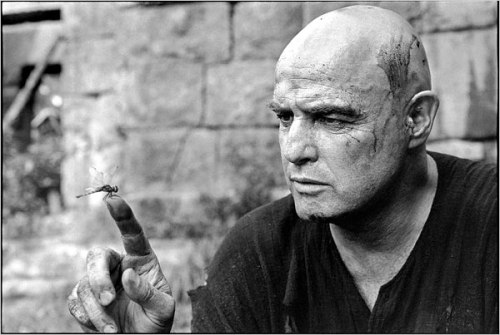 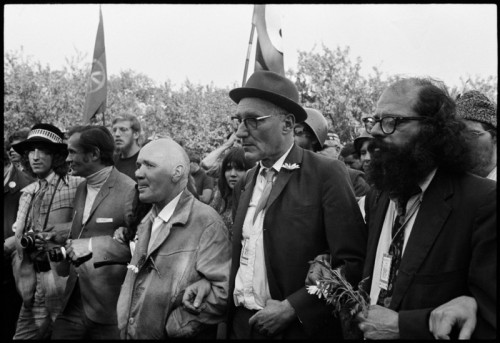 MARY ELLEN MARK has achieved worldwide visibility through her numerous books, exhibitions and editorial magazine work. She has published photo-essays and portraits in such publications as LIFE, New York Times Magazine, The New Yorker, Rolling Stone, and Vanity Fair. For over four decades, she has traveled extensively to make pictures that reflect a high degree of humanism. Today, she is recognized as one of our most respected and influential photographers. Her images of our world’s diverse cultures have become landmarks in the field of documentary photography. Her portrayals of Mother Teresa, Indian circuses, and brothels in Bombay were the product of many years of work in India. A photo essay on runaway children in Seattle became the basis of the academy award nominated film STREETWISE, directed and photographed by her husband, Martin Bell.

Mary Ellen recently received the 2014 Lifetime Achievement in Photography Award from the George Eastman House as well as the Outstanding Contribution Photography Award from the World Photography Organisation. She has also received the Infinity Award for Journalism, an Erna & Victor Hasselblad Foundation Grant, and a Walter Annenberg Grant for her book and exhibition project on AMERICA. Among her other awards are the Cornell Capa Award from the International Center of Photography, the John Simon Guggenheim Fellowship, the Matrix Award for outstanding woman in the field of film/photography, and the Dr. Erich Salomon Award for outstanding merits in the field of journalistic photography. She was also presented with honorary Doctor of Fine Arts degrees from her Alma Mater, the University of Pennsylvania and the University of the Arts; three fellowships from the National Endowment for the Arts; the Photographer of the Year Award from the Friends of Photography; the World Press Award for Outstanding Body of Work Throughout the Years; the Victor Hasselblad Cover Award; two Robert F. Kennedy Awards; and the Creative Arts Award Citation for Photography at Brandeis University.

She also acted as the associate producer of the major motion picture, AMERICAN HEART (1992), directed by, Martin Bell.

Her book, Exposure, is a large retrospective book published by Phaidon Press. It showcases 134 of Mary Ellen’s best images, including both iconic and previously unpublished images.

Her most recent book Man and Beast features photographs from Mexico and India.

Aside from her book and magazine work, Mark has photographed advertising campaigns among which are Barnes and Noble, British Levis, Coach Bags, Eileen Fisher, Hasselblad, Heineken, Keds, Mass Mutual, Nissan, and Patek Philippe. 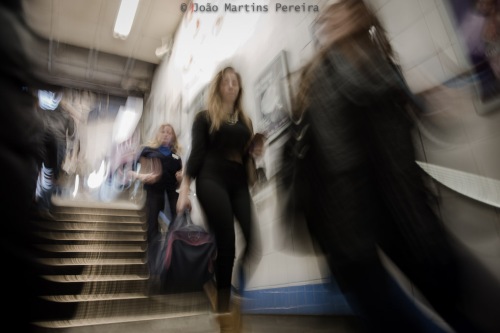 Odd, the baby’s scabbed face peeking over
the woman’s shoulder. The little girl
at her side with her arm in a cast,
wearin a plain taffeta party dress.

The little girl has not once moved
to touch her or to be touched.
Even on the train, she never turns ans says,
‘Mommy.’ Sunlight bobs over her blond head
inclining toward the window. The baby
is excited now. ‘Loo, loo, loo, loo,’
he calls, a wet cresendo. ‘He’s pulling
my hair,’ the little girl at last cries out.

A kind man comes up the aisle to see
the baby. He stares at those rosettes of blood
and wants to know what’s wrong with him.
The woman says a dog bit him. ‘It must have been
a big dog, then.’ ‘Oh, no. A neighbor’s little dog.’
The man say’s, ‘I hope they put that dog to sleep.’
The woman is nearly pleading. ‘It was an accident. He didn’t
mean to do it.’ The conductor, taking tickets,

ask the little girl how she broke her arm.
But the child looks out to the big, shaded houses.
The woman says, ‘She doesn’t like to talk
about that.’ No one has see what is behind
her own dark glasses. She pulls the children to her.
Maybe she is thinking of the arm raised over them,
Its motion would begin like a blessing

Yasuyoshi Chiba is a Japanese photographer. After studying photography and holography at Musashino Art University in Tokyo, he joined Asahi Shimbun as a staff photographer. He became a freelancer in 2007 and moved to Kenya. In 2011, he moved to Sao Paulo, Brazil and started working as a staff photographer for Agence France-Presse. His photographs from the post-presidential election chaos in Kenya won several awards, including a prize in the 2009 World Press Photo Contest. 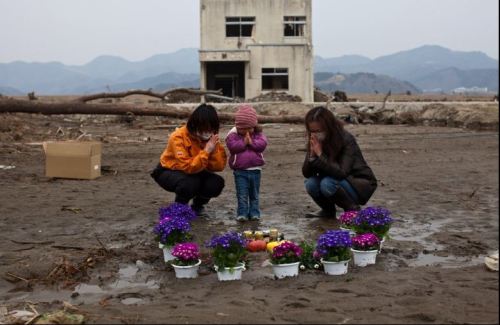 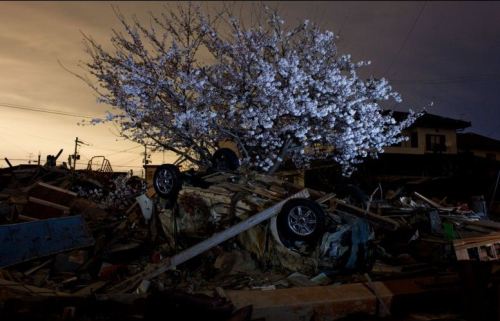 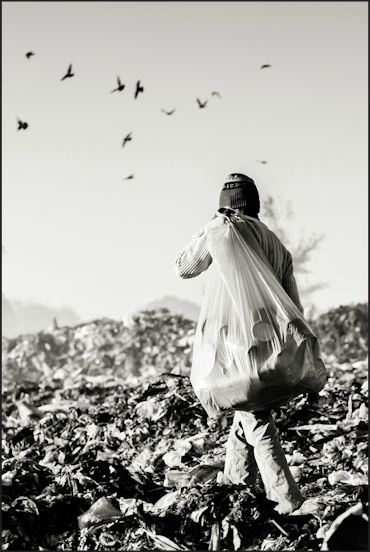 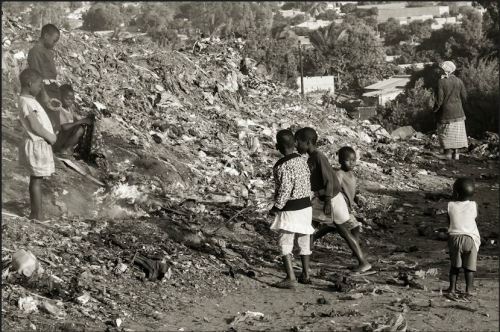 THE GIRL WITH SILVER HAIR

Figuring things out one experience at a time

arrecadação
The Poetry of Photography